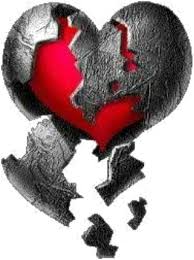 The 36th chapter of Ezekiel is a Father’s admonition to His once-upon-a-time called-out children. These children had allowed themselves to be overcome by the worldliness around them. Because they had failed to completely purge their promised land of the heathen and their ungodly customs, the fruit of their disobedience’s had come back to haunt them. They disregarded but a small part, only a remnant of the heathen, perhaps believing they could live with that “little leaven” in their heavenly homes. The leaven of course, represents the enemy of their soul—the devil, he who refuses to tolerate anyone outside his own, and yet even those tolerated ones serve as his vassalages.

Prophesy therefore concerning the land of Israel, and say unto the mountains, and to the hills, to the rivers, and to the valleys, thus saith the Lord God; Behold, I have spoken in My jealousy and in My fury, because ye have borne the shame of the heathen:. Ezekiel 36: 6

Son of man, when the house of Israel dwelt in their own land, they defiled it by their own way and by their doings: their way was before Me as the uncleanness of a removed woman Ezekiel 36: 17

The children of Israel had fallen into disarray, and we find our “modern church” in the same condition; unable to pull itself back from the abyss that it and the world are sliding irrevocably toward. Many of the self-satisfied church leaders of today are nothing but gospel businessmen abusing the Word of God for advantage. Steeped in tradition and selfish pursuit, they make the Word of God of none effect. (Mark 7:13)

And when they entered unto the heathen, whither they went, they profaned My Holy Name, when they said to them, these are the people of the Lord, and are gone forth out of His land : Ezekiel 36: 20

the modern church is in no state to pull the world back from the abyss. they are on the abyss themselves

YOU TOO ARE CALLED!

We have come to accept the mistaken belief that we are to make the world our home. And that it is to be accomplished through the worldly avenues of politics, business and rubbing shoulders with the world. The Son of God did not come to earth to lead His children into worldly kingdom building; He came to show us a way of escape.

The true Children of God are strangers and pilgrims on this earth; our Kingdom is not of this world. Who told you that the material things of this life are a sign of God’s blessing? Was it the Bible? If that is so, then I ask you to take a close look at the lives the amazing men of faith lived whilst they were on earth. Take a look at their sample, not necessarily the sermon you hear in church. Any leader worth his “salt” leads the way—not points the way, good or bad, that’s what a dedicated leader does. If you are not following the Master’s sample then you are not truly living the faith life. I’m not saying you should become an itinerant preacher, although a taste of that life may help put your life into perspective at this point. If you are feeling “bottled up”—frustrated about your life of faith, then it’s time to step out and exercise a little more faith than you’re normally accustomed to. The world talks a lot about breaking out of the “box”, and that’s what you need to do! Do something good, kind or loving for another person you don’t know or particularly like. Download a tract of this site (see free downloads) then go out and tell someone else about the only One who loves them more than anything in this whole universe. Going to church won’t save you, be the church, you are the church. Only one life, will soon be past, only what’s done for Christ will last.

For I will take you from among the heathen, and gather you out of all countries, and will bring you into your own land. Then will I sprinkle clean water upon you, and ye shall be clean: from all your filthiness, and from all your idols, will I cleanse you. Ezekiel 36: 24, 25

“Satan’s great plan to deceive man into believing that the cares or rudiments of this life are paramount to man’s existence has as one of its basic blocks the word impossible.”

There is a better way 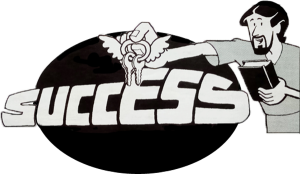 what is the key to success?