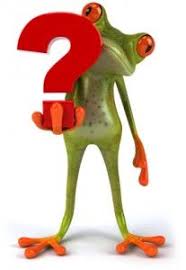 Days before “the fall” and the boiling frog story

It is said that if you put a frog in very hot water, it will try to jump out in a desperate attempt to save its skin…makes perfect sense, doesn’t it? However, if you put that frog in cold water, and slowly heat up the water to boiling, the frog for some reason doesn’t realize its danger and blissfully boils to death. 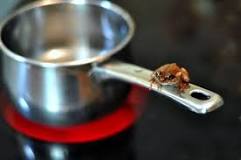 It is becoming painfully obvious to many that the latter portion of the above story aptly describes the condition of our modern church system. When observing it through the eyeglasses of Ezekiel 36, it also becomes obvious that God has His hand in His children’s destiny. I would say that only the “very self-satisfied” Christian would declare at this stage in church history that “all things continue as they were since the beginning of the creation”. 2 Peter 3:4

We can be very grateful that there is a wiser head behind the scenes that sees the overall picture, and Who has our best interests at heart.

Peter Ormerod’s recent article in the Guardian sums up the situation quite well. Entitled: “So Christianity is no longer the norm? Going underground will do it good”. (LINK)it seems Peter has been reading his Bible, or God just used him to state the obvious. Either way he got it right…well, partly right. According to Revelation chapter 12 verse 6 the church will indeed go underground. Yet according to Revelation 11 verse 3 not all will go underground. The thing that is so fascinating about Ezekiel 36 is that it quite clearly corroborates what is being said in those chapters in Revelation.

So what comes next?

With or without our consent God is going to move along with His “schedule” simply because His plan for man and “His” planet does not reckon on power-hungry, multi-national dreamers. Furthermore, despite the opinions of many, God is not a reckless tyrant, but instead is infinitely more interested in saving mankind than even man himself is.

This concept is bought admirably in the following verses in Ezekiel 36.

Ezekiel 36. . .The days of preparation

God chastises His children out of a loving heart, always with the intent to heal and to make right.  He has the heart of a Father; His greatest desire is to have us reach our potential, not in a worldly sense, but spiritually. God has an amazing future planned for man and this planet, but it cannot be realized purely through the dreams and desires of man alone. Man has this burning desire for independence, to be free of restraints that bind him to something or someone bigger than himself. How silly we are to think we created ourselves or were a product of our own genius.

The Bible teaches us that God gave man dominion over all His creation (Psalms 8:6) However, man’s attempt, since creation, at governing God’s creation has been a dismal failure, to say the least. Sad to say, we are the ones who will bring an end to the world as we know it. (Matthew 24: 22). Nevertheless, God, in His love, still wants to work alongside us, His children, to right the wrongs and bring His creation back online. (Revelation 20:4) God has done what we could not do, through the gift of salvation; he has changed the stony, carnal, selfish heart of worldly man. He has given us His Royal Law -the law of love, which replaced the stone tablets of the laws of Moses. The days of God’s children’s attempt to win as many as possible to the message of salvation is coming to a close. Now we are entering the final days, spiritual Israel’s days of preparation. The weapons of our warfare are not carnal but mighty through God to the pulling down of strongholds, casting down imaginations, and every high thing that exalteth itself against the knowledge of God, and bringing into captivity every thought to the obedience of Christ. (2 Corinthians 10:4, 5)

Now is not the time to go to church, now is the time to be the church. Come out from among them and separate yourself in spirit, for God will have His army, an army that will be designed to withstand the dark and cloudy last days of the end time. 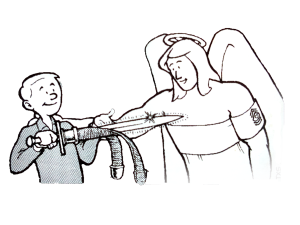 “don’t worry about the scabbard, you won’t need it. We are at war.”