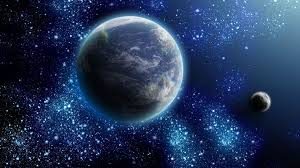 The blue pearl hanging in the expanse of space with a string of brilliant stars as its crown, an exquisite gift from a loving God,

When one looks at Ezekiel 36 as a bird would, but seeing the whole panorama retrospectively, it is quite easy to identify a recurring account of church history. The inevitable cycle of rebirth, maturation and death can also be seen in government and various movements of all kinds. Even our very own life on earth follows this basic pattern or blueprint. Therefore we shouldn’t be surprised to find ourselves, after 2,000 years of established church history, at the point where God is ready to once again punch the default button. 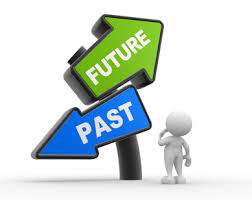 Where did we go wrong?

Can we ascertain where we are in world history from either of these chapters? A conclusive answer cannot be found in either. There is a vague clue in chapter 37, but again not irrefutable. Historically speaking, each church age, reformation or what have you, has ended in secular immersion. Today’s feeble attempts by the established church at community outreach to millennials is a bandage at best, and looks nothing like the cry of revolution that reverberated across the world in the days of the early church. You may ask where have the Children of God gone?

If however, you wish to take Ezekiel 37 literally, then it seems God has every intention of raising up an army of believers, and that, out of seemingly thin air; much like Jesus did when He called out the 12. And why not? Shouldn’t God get one last Word in before the church and secular man put Him in a box forever? Of course He will. How silly to think the God of Heaven and earth would allow Himself to be laid to rest by self-righteous man.

(Ezekiel 36:22) Therefore say unto the house of Israel, Thus saith the Lord God; I do not this for your sakes, O house of Israel, but for Mine Holy Name’s sake, which ye have profaned among the heathen, wither ye went.

The end time church will arise from the old and take the body of believers, the remnant, into the Millennium (Ezekiel 36: 34, 35. Revelation 12:17) At that time, God is going to have His last witness and the world will have to listen because they will be dealing with a different church —a variety that they’ve never experienced before. It won’t be a denomination, or group, it will be the Ecclesia. The work of pulling His corroded latter day church out of the slough of despond, where it put itself, will be in our day, an undeniable miracle, which will culminate in the greatest miracle of all, the Rapture! (Matthew 24:34)

Yes Ezekiel 37, I believe, is about that process, the raising up of an end time church -His final witness to a dying, selfish world. Those who hear His cry and come out in spirit, will be likened unto the 144,000 spoken of in Revelation chapter 14. God will have His say; He will not stand around idly watching His people and creation destroyed by selfish, greedy, unloving man. The blue pearl hanging in the expanse of space with a string of brilliant stars as its crown, an exquisite gift from a loving God, spurned. We were expected by God to be good stewards of His gift, our planet, but instead we have misused and abused it and each other.

“Jesus gave His children a better way, the way of living by faith. He didn’t say it was an easier way, but it is a better way”… Lifelines vol. 29