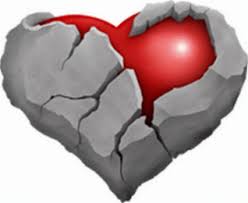 A clarion call to all true children of God!

Ezekiel chapters 36 and 37 reveal compelling parallels to God’s latter day saints; upon whom, the Bible declares, “the end of the world has come”. (1 Cor. 10:11)

The Bible says of itself: “For the prophecies came not in old time by the will of man; but holy men of God spake as they were moved by the Holy Ghost”. (2 Peter 1:21) Bible prophecy is indeed an intriguing study and has captured the imagination of every generation. However, it is also a textural pictogram of carnal man’s real-to-life struggle with his own nature; man’s “diary” written by God, a candid eulogy; no cover-ups, but raw truth, poetic, romantic, whimsical, and at times disagreeable, distasteful, and offensive. Even so, it is an honest account of us. It is not a historical biography written by the winning side. It is unbiased, which is why you can trust it.

The Bible; our guidebook

A testimonial of man’s antics since creation, the bible succinctly confirms the well-known adage: “One thing man has learnt from history is that he never learns from history.”  These two chapters remind me of the story of a man on death row. After his execution, prison staff went to clean his cell, and on the walls many times over was written the words: “If I only had, if I only had”; such a sad tribute to a life gone wrong.

Although there are also many success stories in the Bible, Ezekiel 36 and 37 offer modern day children of God pertinent testimony on the mistake of not staying separate from the world. We may frown at Israel’s lack of obedience and at times outright rebellion. Yet, isn’t it apparent that our generation has also gone the way of all flesh? Paul’s admonishment in 2 Timothy 2:4 seems to have fallen on deaf ears. “No man that warreth entangleth himself with the affairs of this life; that he may please Him that hath chosen him to be a soldier”. Has history completed its cycle in our modern age?

“Prosperity knits a man to the world. He feels that he is ‘finding his place in it’, while really it is finding its place in him”.

As God’s called out children we are as accountable for our actions as were the children of Israel for theirs. When it is difficult or impossible to discern the difference between a Christian and those that live for this world and the treasures and rewards it offers, are we not as one of them so vividly defined in Ezekiel 36: 3 & 4? “Thus saith the Lord God; because they have made you desolate, and swallowed you up on every side, that you might be a possession unto the residue of the heathen, and ye are taken up in the lips of talkers, and are an infamy of the people:

Can it be said in the lips of the talkers in this generation; “that surely these ones are not set apart? Do they follow hard after their Master as we follow after ours? Are they not like us; swallowed up with the cares and riches of this life?”

A well-known Christian celebrity once said of the sad state of his nation today: “We blame society, but we are society”. The Words and actions of Jesus did not leave any impression in the minds of His earliest followers that they should become like those they were trying to lead into the Kingdom of Heaven. In truth, all that Jesus said and did was in opposition to the very idea of becoming part of the world to win them to Christ. Hebrews chapter eleven aptly describes the attitude we as Christians should adopt in relation to the world, 13:“These all died in faith, not having received the promises, but having seen them afar off, and were persuaded of them, and embraced them, and confessed that they were strangers and pilgrims on the earth. 14: For they that say such things declare plainly that they seek a country. 15: And truly, if they had been mindful of that country from whence they came out, they may have had opportunity to have returned. 16: But now they desire a better country, that is, an Heavenly: wherefore God is not ashamed to be called their God: for He hath prepared for them a city.” 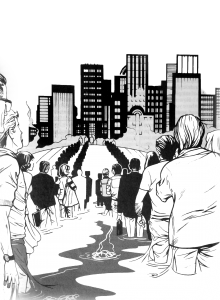 How the mighty have fallen

“Thus saith the Lord God; because the enemy, hath said against you, Aha, even the ancient high places are ours in possession: Ezekiel 36:2

To allow the enemy access to the high places (our hearts), through the avenue of worldliness is giving him possession of the most scared part of God’s temple. Be not conformed to the world that surrounds you but be ye transformed by putting on the mind of Christ. True children of God are called to spiritual prosperity! What is this abundant life we hear so much of? Abundant in the things of this world was not what Jesus was saying in Matthew 6:19-21. Where our treasures are there will we find our hearts! The army of the Lord is consumed with living “the good life” and has forsaken its First Love. 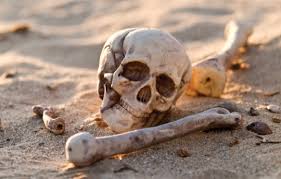 “I see terrible destruction. Everything is dark—very dark and dreary. There’s a terrible eerie feeling. The night has fallen, and all I can see is destruction. For as far as I can see, I see only ruin. I see dead bodies lying everywhere and there’s a horrible foreboding feeling.”…Lifelines Vol.29

Where are the called out ones, His army of the end?

Lost hope in expectation their ranks in disarray;

Are spread as bones along the valley floor

The long shadow fingers the mist of darkness gathering

In our world is creeping an uninvited foe

And breathe upon these slain that they may live again

To raise for Me an army exceeding to behold

An army with one purpose who fear no wraithlike threat