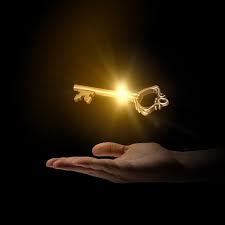 to use The Keys you must exercise your faith

“Don’t just hold on to your faith, but prove your faith, put what faith you have to good use, exercise it, stretch it‚ act on it at every opportunity that presents itself. You always have to do your part. And as you pass the tests Jesus will trust you with more and you will be merited with help from Heaven.”

“This help comes in the form of The Keys. The Keys of the Kingdom have the power to unleash the power of Heaven and to leash any power of Hell. To those of faith full access to every power source of Heaven, the code to unlock every solution‚ the means to bypass all impossibilities is given into their hands.”

The Keys of the Kingdom that Jesus offered Peter and His early disciples was not only offered to them but also to His Endtime disciples because they will need to utilize the full power of Heaven, to access the full power. “Christians through the ages have interpreted these words to mean that they too held these keys in their hands, and in part, some have. According to their faith and the need, they were given some access to the keys of the Kingdom, but this has only been in part—for it has been according to the faith they exercised. Up until this time, Christians have not accessed the full power, for their faith was not so exercised.”

(Jesus Speaking) And know this, the power of these keys I put in your hands has now been augmented since the time My early disciples used them. The key codes have been updated! Never before have My children had access to such power as I am making available to you now—not even Peter and the early disciples, or any of My faithful prophets and great men and women of faith down through the ages. It is given to you, My faithful of the Last Days, to possess new codes that were not necessary in the past because the need did not warrant them. But now it is warranted‚ for you will do greater works than I. And you will not only do greater works than I did, but you will also do greater works, much greater works, than My early disciples and all My prophets and people of faith throughout history. Now the power of Heaven is increased, so your power is increased! 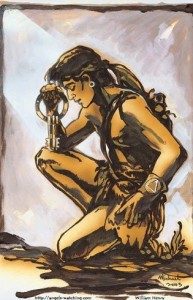