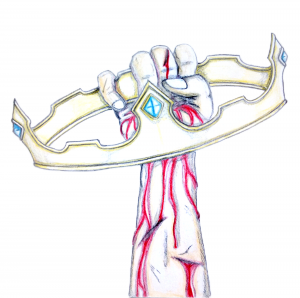 Great faith must have great trials

For the contestant, running a race of faith, can be, at times, likened to running a 400-meter surge on the last lap of a marathon. There is one feature in that last 400 meters that must be unquestionable; paying no heed to the enemy who is right there at your side threatening your conquest.

I had the privilege to spectate such a race this past week; it was a memorable race, with an extraordinary finish!

This is how it unfolded and how it was won.

The contestant—my daughter’s boyfriend, the support crew—mainly children who possessed that matter-of-fact variety of faith, the race setting -one that many of us face many times in our lives, financial trouble.

In reflection, the runner made a few key moves that I believe won him the race.  His race-end perspective may be different, but as a spectator this is what I saw. On the back stretch, with his eye on the post, his primary move was to share his fears and ask for prayer. “Asking for united prayer and being willing to share your lessons and your heart is so helpful and such a good thing. It’s good for your humility, and united prayer is a powerful force for good and change. The power that we have when we pray unitedly is tremendous—much greater than one of us just praying on our own, no matter how desperately.”

That last 400; when you are struck with the realization that what you are facing is truly beyond your own strength. The props have gone, the training, race preparation and experience are all forgotten, only you, the enemy and…the finish line! It was at this point that our brave winner let go! Have you ever watched “Chariots of Fire”? At that point in the race when you are spent and God takes over, you throw it all into the arms of your Savior. Oh the elation, the reckless, wholesome praiseful abandon, the magic formula of faith, the substance of things hoped,  the evidence of things not seen—crossing that line with raised arms in praise to a God that promised He would not fail in one of His precious promises—was realized in the last 400.

“These battles of faith should show you that you need to move higher in the spirit so that the things of the world don’t have such influence on you. It is entirely possible because Jesus has given you spiritual weapons that are stronger and have much more power than that enemy breathing down your neck. This is how Jesus teaches you how to use them.”

Our story unfolds as our young man, experienced in business and making money, finds himself in a situation where his experience, training and preparation miserably fail him. It was one of those measured frustrating defeats that come upon one slowly and almost hopelessly. The extenuating circumstances could be blamed on others, the situation, or whatever, but in this case, our man of faith realized he was in line for a lesson. Wisdom begins to reveal a maker behind the cookie on his plate. The past and the future all rush into one single point of focus, “I gotta get out of this hole, but how? I have nothing left; what I thought was possible is no longer what it once seemed.”

At what point in the marathon he came to me, I don’t know, but it truly looked like the last 400 meters to me. He had stepped out by faith and booked his and my daughters airline tickets without any physical means of supporting the idea. “God showed me to do it” is what he told me. Well, for me, that was like a green light. We gathered those “crazy faith” kids of ours, explained the basic battlefield layout. The war room was set up and the fight began. There was money owed, but it was not happening. The prayers continued unabated hourly for one week—zero results.  The last 400 meters was coming into view, it was time to “let go”.  “Oh God I can’t do this!” “No, you can’t, because this race was designed in such a way that only I can”, God replied.  Our man of faith crosses the magical 400 meter barrier,  and with two days to go, God takes over!  Some money arrives at the door, part payment from someone who owed. The next morning another domino falls -a friend agrees to take on the burden of retrieving another debt after our man leaves the country, and hands over the money still owed! Victory!

But wait, there is still one day left, surely God is not finished. Where is the winner’s laurel? Where does the “Well done thy good and faithful servant” part come in? The former came as many miracles do, unexpected yet hoped for. In this case, it was found under the seat of his car in the form of a wad of cash that till that point had remained a secreted stash waiting for the right key to unlock it. Now the key was one of those special Heavenly ones called “the law of love”. And it was manifested by a good deed. Someone’s car had broken down outside his house and he went out to help them, and during the operation needed a spanner, which he remembered was under the back seat of his pick-up.  He reached inside the toolbox only to find a bank note in his hand!! He went in again, another and another and yet another bank note emerged.  Forty-one high denomination bills came forth from the window of Heaven.

“I promise to lead you through to a place of victory that cannot be taken away from you.”